Along with every custom order, we always attach the corresponding B-H curve for the exact batch of material used. In this report, you can find values of magnetic properties for Br in kGs, Hc in kOe, Hci in kOe, (BH)max in MGO, Hk in kOe, Hd in kOe, Bd in kGs and material’s chemical composition. Now let’s take a closer look at the B-H curve formation which is basically a magnetization and de-magnetization process cycle. 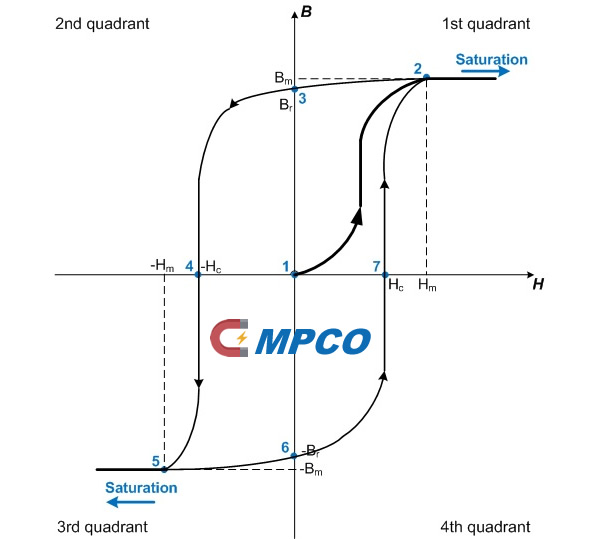