How Does a Magnet Work?

Magnetism can be defined as a physical force between the electric charges from two different materials. That force can be either attractive or repulsive. But to understand how it works, we must delve deeper into the matter (pun intended).

Every material, substance, liquid, object, or even the air, is composed of atoms, consisting of mainly three different particles: protons, neutrons, and electrons. The protons and neutrons are the core of the atom, its nucleus. Surrounding that center, always spinning, are the electrons.

Different elements have different numbers of electrons. In the ones that have an even number of that electric particle, such as cloth or wood, the electrons spin in opposite directions. That negates any magnetism. On the other hand, in materials that have an odd number of electrons, these particles spin in the same direction. When an unpaired electron from one material aligns with an unpaired electron from another, that pulls them together.

Conversely, in other materials where all electrons are paired, the realignment of the electrons when they come within range of a magnetic field forms a negative susceptibility. In other terms, these materials actually push away from a magnet. 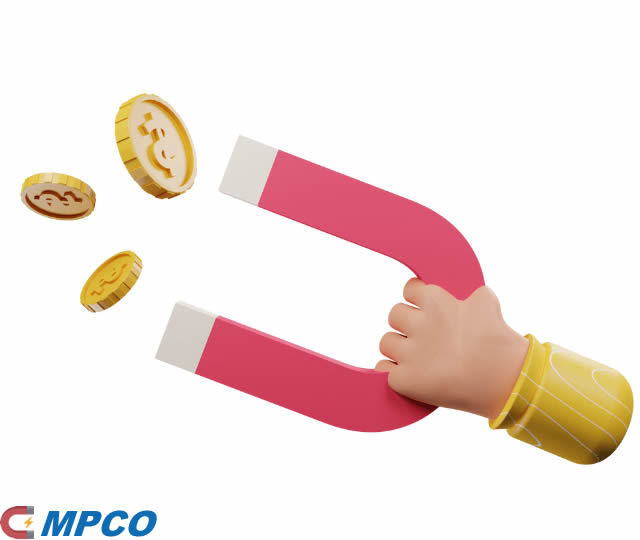 Most elements of the universe can get classified as diamagnetic, paramagnetic or ferromagnetic.

Non-magnetic metals are the ones that do not retain ferromagnetic or paramagnetic characteristics. Most common metals we can find daily, such as aluminum, lead, copper, brass, silver, tungsten, and titanium, are not magnetic metals. They cannot be made into magnets and will not be attracted to magnetic fields.

Is Gold Magnetic?
Magnet and gold coins
Gold is a diamagnetic metal, which means it is not attracted to a magnet. In fact, it has a slightly repellent property against magnets.

Gold atoms have an odd number of electrons (79), which means they will always contain one unpaired electron. Nevertheless, due to its extreme density, those electrons bond with each other and cannot be aligned to an unpaired one from a magnetic material.
Gold has an atomic weight of 196.96657 u and a density of 19.3 g/cm³, being one of the densest metals there is. It is also the explanation for other of gold’s unique properties, i.e. its high melting point, low reactivity, and electrical conductivity.