This article will discuss magnetic fields and electromagnetism.
An invisible force occurs between two magnets when they are brought close to each other. This force may be an attraction force that pulls the magnets together or a repulsion force that pushes them apart. See Figure 1. Magnetic force is expressed in dynes. A dyne is a force that produces an acceleration of one centimeter per second per second on 1 gram of mass. 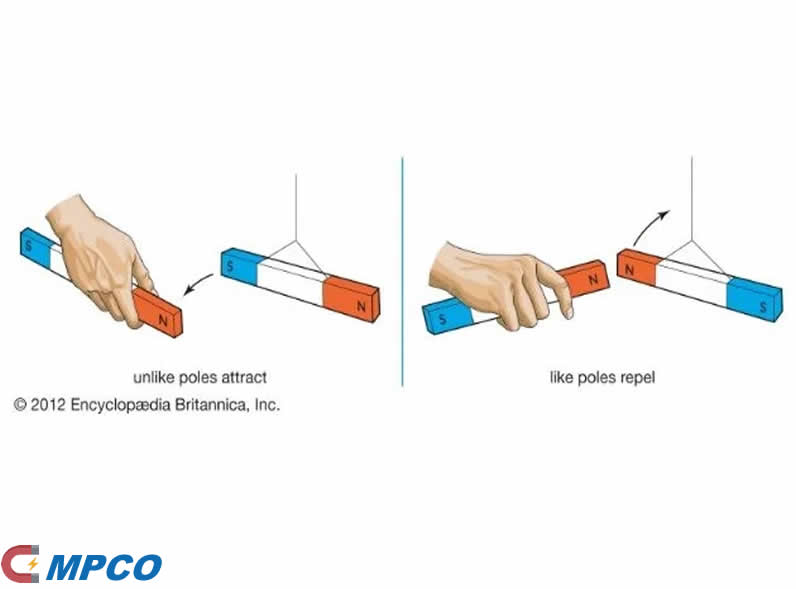 A unit magnetic pole is a force of one dyne between two magnetic poles separated by a distance of 1 cm. One pound-force is 444,822 dynes, making one dyne an extremely small force. The force between magnetic poles is affected by the medium between the poles. For a medium other than air, the permeability (μ) of the medium must be included in the calculation. Coulomb’s law addresses a basic principle, but it is not commonly used to calculate magnetic force. The equation becomes:

Understanding Electromagnetism
Magnetism and moving electrons are closely related to each other. The three phenomena pertaining to electromagnetism are: