Physicists have found that some magnetic materials freeze when the temperature rises above a certain level. Usually, freezing occurs only when an object is cooled, not when it is heated. So this leaves physicists scratching their heads and bewildering.

Alexander Khajetoorians, a physicist at Radboud University in the Netherlands, said the freezing of magnetic materials is the opposite of what is commonly seen, “like water that turns into ice when heated, counterintuitive.”

Most of the time, you have to combine different materials to make spin glass, physicists say. For example the above-mentioned mixture of iron and copper. However, neodymium (Neodymium) is a chemical element that can form spin glasses without mixing other materials. Also, the magnets freeze when heated. 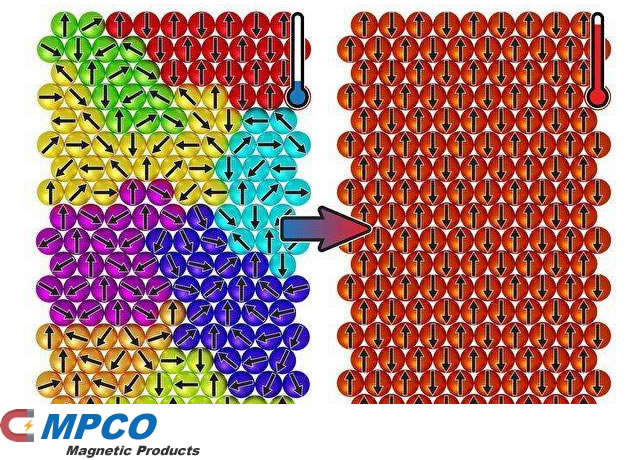 The researchers published their study of the phenomenon in Nature Physics on July 4. They heated neodymium from -268⁰C to -265⁰C. At just 3 degrees of heating, the spins of the magnetic material freeze into a fixed pattern and thus have overall magnetism. If it cools down again, the spins of the atoms return to their usual disordered, nonmagnetic state.

As mentioned above, this phenomenon is bizarre because this freezing of magnetic spins usually occurs only when cooling, not heating. This is something the researchers did not expect. Generally, higher temperatures increase the energy in solids, liquids or gases, as do magnetic materials.

When the temperature is raised, the spins of the atoms typically start to quiver, creating more random spins. However, in the case of neodymium, heating would instead freeze its magnetic spins. These phenomena are not common in nature. Moreover, when it appeared, it completely subverted people’s cognition.

Physicists say this behavior is an example of the concept of degeneracy in physics. This basically says that many different states can have the same energy, causing the system to enter a special mode when it reaches a certain temperature. Freezing of neodymium magnetic material is a good example.