Make a holder for a bar magnet. You can make a simple magnet holder using a clothespin and a paper or Styrofoam cup. This method would be suitable for teaching elementary school-age students about magnetic fields.
Tape one of the long ends of a clothespin to the bottom of the cup.
Place the cup with the attached clothespin on the table upside down.
Insert the magnet into the clothespin. 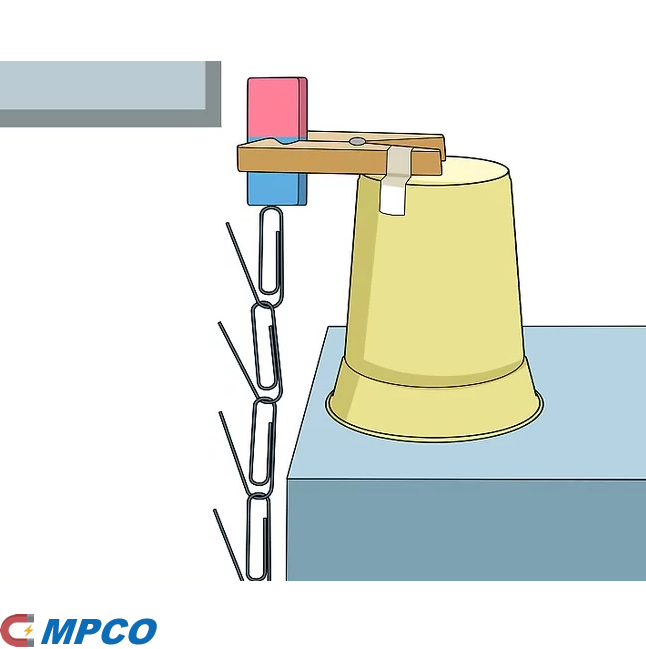 Bend a paperclip into a hook. The easiest way to do this is to pull out the outer end of the paperclip. You will need to be able to hang more paperclips from the hook.

Add further paperclips to measure the strength of the magnet. Touch the bent paperclip to the magnet at one of its poles. The hook portion should hang free. Hang paperclips from the hook. Keep doing this until the weight of the clips causes the hook to fall.

Write down how many clips it took to make the hook fall this time. Make sure you note both the number of masking tape strips and the number of paperclips used.