SHANGHAI, Jul 5 (SMM) – The Turkish Ministry of Energy and Natural Resources recently announced on its official website that the government has discovered 694 million mt of rare earth elements in the Beylikova region of Eskişehir, Turkey. Energy and Natural Resources Minister Fatih said that the drilling work started in 2011 and that the samples collected were fully analysed, leading to the discovery of 694 million mt of rare earth elements. Fatih disclosed that the construction of industrial facilities is expected to start this year after the relevant R&D work is completed, with the ultimate goal of producing high value-added products.

According to foreign media reports, the world’s second largest rare earth resource has been discovered in Turkey. Its reserves can meet the world’s needs for 1,000 years. After processing, it may bring billions of dollars to Turkey. However, the figures it found were questioned by the Chinese media.

Turkey’s Minister of Energy and Natural Resources Fatih Donmez revealed that deposits discovered in Eskisehir province in northwestern Turkey contain about 694 million tons of rare earths. The newly discovered reserves are sufficient to meet the world’s needs for 1,000 years and can process approximately 570,000 tons of ore per year, creating jobs for local people.

Fatih Donmez also pointed out that because the deposit is very close to the surface, the cost of extracting the element will be lower, and rare earth elements will be used in fields such as defense, aerospace industry and biomedicine. 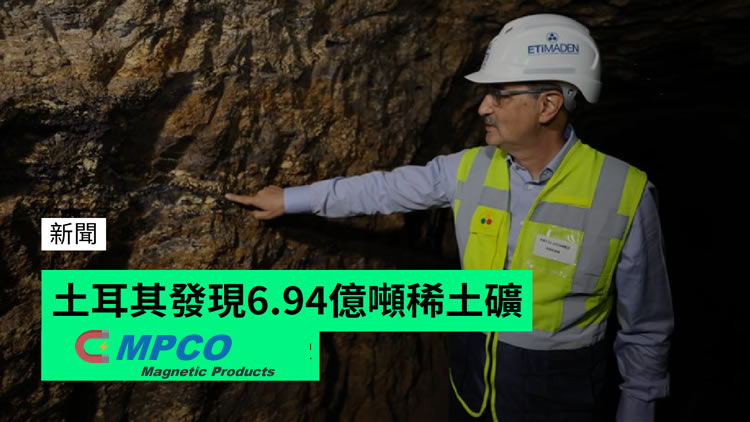 In 2011, the U.S. Geological Survey said that the total amount of rare earths in the world was 113 million tons, and the amount of ore was about 2 billion tons, of which about half of the reserves were in China. China will still dominate the global market. After all, Turkey has not yet mastered the high-level refining and refining technology of rare earths.

At present, China is the country with the strongest rare earth production and supply capacity in the world. It has mastered all the key technologies of rare earth processing and production, and occupies more than 70% of the global market, of which 86% are exported to the United States, Japan and Europe. However, the current global demand for rare earths is about 120,000 tons per year, which is quite a small number compared to the stock of rare earths.

The mining of rare earths brings huge environmental problems. Smelting and separation is a highly polluting process, and the development cost is very high. This is another reason why other countries have delayed development of rare earth resources.

China stands out in the rare earth field. In addition to its rich mineral deposits, another advantage is that it has formed a complete rare earth mining and refining system through years of construction. Among them, the rare earth department of Baotou Iron and Steel Company is the largest rare earth metal manufacturer in the world, with an annual output of About 50,000 tons, accounting for almost half of the world’s annual rare earth production. The rare earths produced by Baotou come from iron ore, which is equivalent to the leftovers of steelmaking, so its cost is much lower than that of pure rare earth metal extraction and ore mining.