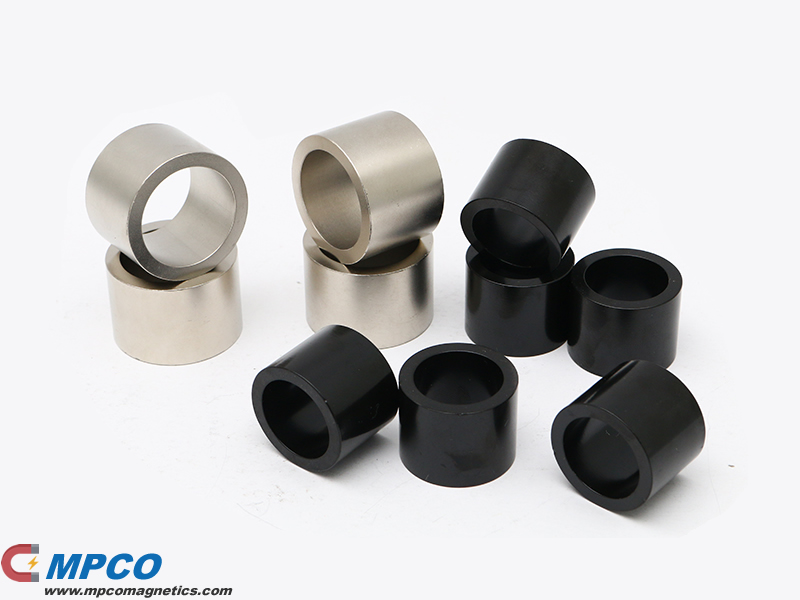 Existing permanent magnet motors are usually spliced into a ring by magnetizing sintered NdFeB tiles. Due to the limitation of machining accuracy such as the angle of the tile magnet, the dynamic balance of the splicing magnetic ring is poor, and the transition zone between the magnetic poles is large, so that the motor generates noise and vibration. In order to make the rotor of the motor have a good dynamic balance, the magnet installed in the rotor needs to be ground, otherwise it will directly affect the performance of the motor. Since the magnetic tile has been magnetized before installation, the difficulty of sanding is increased, resulting in a significant increase in installation costs.

The radiation-oriented annular magnets,  radiation (multi-pole) magnetic ring of the sintered NdFeB magnet overcomes the shortcomings of the spliced magnetic ring and can replace the traditional tile. The processing precision is high; the inner and outer surfaces can be directly magnetized into multiple poles and installed easily. Due to the small transition zone between the magnetic poles and good dynamic balance, the noise and vibration of the motor are reduced, and the performance of the permanent magnet motor is improved. Due to the complete radiation orientation, the efficiency of the motor can be effectively improved.