“Concise Analysis of the International Permanent Magnet Market – Trends & Forecast To 2018″ report is already out. According to it, permanent magnet market is currently experiencing high growth, due to rising demand for increased electrification in all walks of like and due to the need for better efficiency. 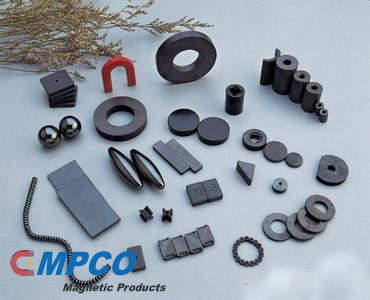 The magnetic behavior of a material depends on its structure, particularly its electron configuration, for the reasons mentioned above, and also on the temperature. At high temperatures, random thermal motion makes it more difficult for the electrons to maintain alignment.

Some organisms can detect magnetic fields, a phenomenon known as magnetoception. In addition to detection, biomagnetic phenomena are utilized by organisms in a number of ways. For instance, chitons, a type of marine mollusk, produce magnetite to harden their teeth, and even humans produce magnetite in bodily tissue. Magnetobiology studies magnetic fields as a medical treatment; fields naturally produced by an organism are known as biomagnetism.

Now, China rules the roost of rare earth magnets, which are composed of different rare earth elements and ferrite. NdFeB permanent magnet is used widely, thanks to the infinite applications and advantages. Today, China retains the monopoly of rare earth minerals that are used to create rare earth magnets. They have a huge reserve of 23% of dysprosium and neodymium. Chinese government is taking measures to ensure they retain their monopoly as the best supplier of rare earth reserves, but without hampering its requirement.