Rare earth magnets are extremely powerful rare earth magnets. The incredibly strong magnets are used in a wide range of industries and are also used by magicians to create illusions and other tricks. Many companies sell scientific supplies rare earth magnet, and they can also be found in a variety of products, including speakers and computers. They are also often included in kits for young scientists, or for people who are interested in exploring the properties of magnetism. 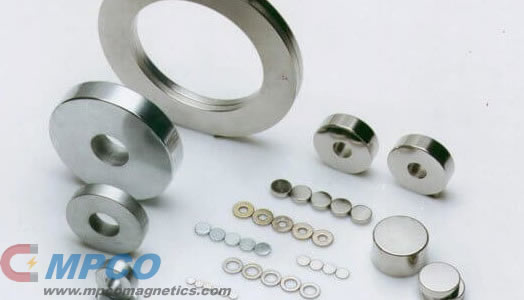 What are Rare Earth Magnets

The term “rare earths” is used to describe sixteen elements of the periodic table, including ytterbium, cerium, praseodymium, neodymium, samarium and lanthanum. These elements were initially thought to be quite rare, so they were brought together under this name. The first of these elements were discovered in the 1800s, and recent scientific advances that some of these items were actually not so rare after all. These elements have a number of interesting properties that make it a subject of study by the researchers and their potential use in magnets are one of these properties.

These elements are linked with other elements such as iron and boron to make rare earth magnets, which are usually identify the primary elements of rare earth containing, as is the case of neodymium. The resulting magnets are very powerful magnetic field, which exceeds by far the most common fields of the magnets. Moreover, they are considered as permanent magnets, although the rare-earth magnet loses magnetic fields at high temperatures. Some are also very fragile, unfortunately, which means it should be used with caution because they can break down the explosive power.

Since the rare earth magnet is so strong, it is important to be careful around them. They may interfere with the function of medical devices such as pacemakers, as well as causing havoc with electrical components. The magnets can also pinch your fingers or cause damage to their property due to their strong magnetic field, which attracts metallic objects. As is generally the largest magnet, the greater the risk, and people should be careful when they are more rare earth magnet and a large metal objects.