Gallery Wall Diy Magnet – That little gallery wall that I’ve been working on? It’s not the first frame series that I’ve created, and it’s not done, but it’s lightness and friendliness is so appealing to me that it’s easily becoming my fave.

I’ve had the main pieces of artwork picked out for some time (that cool cat and the gray sheep, they’re both by Stacie Bloomfield a.k.a. Gingiber). In fact, I’ve been stalking her on IG and have had her shop bookmarked for a long while, knowing that when the day came to decorate a nursery, I wanted her goods. Almost all of the frames are ones that we already owned, the exception for the DEGERÖN frame with the sheep, that’s one I picked up at IKEA last fall for $10. With its rounded edges and integration of white and natural wood, it’s probably my favorite of all of my simple IKEA frames, peace out RIBBA. 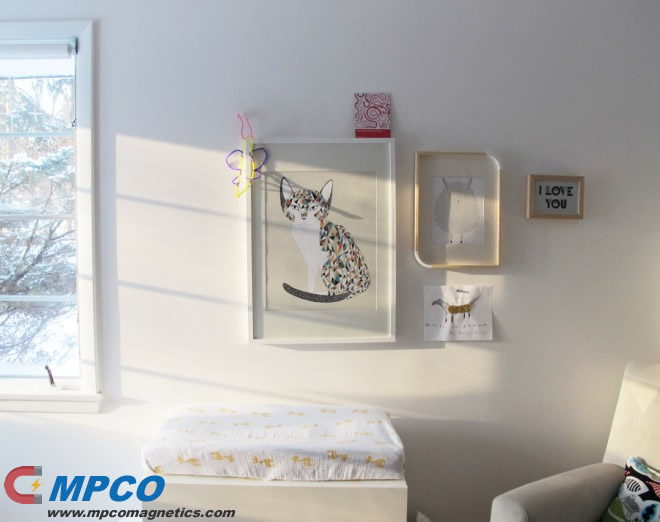 I’m taking obvious precautions with this installation, placing heavier duty 3M Command adhesives (and these, that are like Velcro) behind all corners of the frames so that they aren’t easily knocked or pulled from the wall, and swapping glass for plexiglass. (FYI – lots of my older IKEA frames were glass, but at some point they changed the products to include thin plexi).

My favorite feature of this installation, a detail that’s different than any of my previous gallery walls, is that I made lower hanging magnetic spots for Julia to showcase in her own artwork. She likes drawing us all pictures–even started making ones for the baby before she arrived–and we could always use more real estate for displaying her work because our refrigerator is only so big. 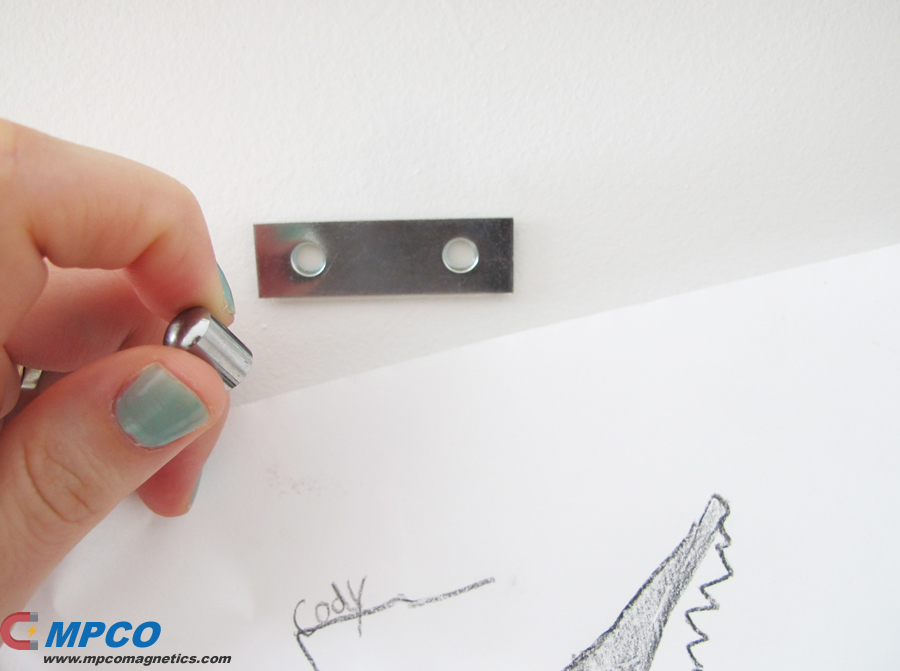 It came together simply with a zinc-plated mending strip from the hardware store (I bought a 4-pack for $2.50) stuck to the wall with one of the 3M Command strips. A CB2 magnet from our own fridge is being used at the moment to pin the rotating artwork to the wall (I’ll have to eventually find some bigger ones that aren’t a choking hazard).

The height of this magnetic feature is at such that Julia can get in there and swap out the artwork herself, and eventually, Hattie too, of course. 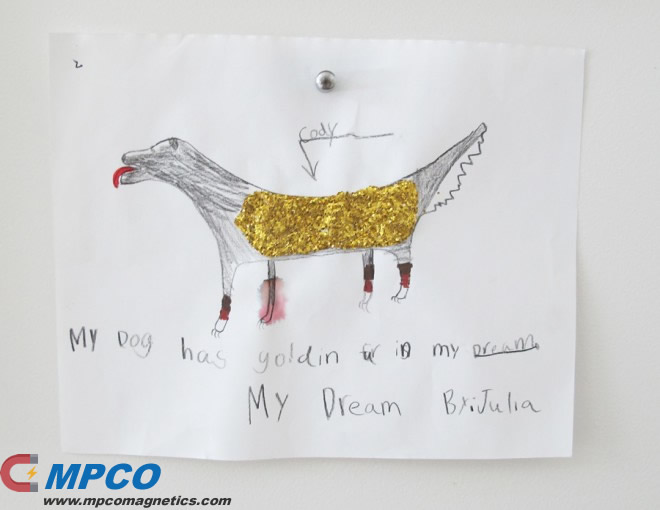 Side note: My favorite artwork to date. Such a dreamer, a visionary, and so heavy handed with the glitter.

The frames are, I think, far enough out of reach of toddler fingers, even when the toddler is laying on the changing table, but adjustable enough for us to modify if necessary. For the most part, I think that this orientation will serve us well for the next few years. I hope the little girl grows to like it.