As mentioned in previous sections, temporary magnets are created through a stronger magnetic force that essentially transforms an object into a magnet for a short period of time.

However, this force will not remain inside of the object after the external magnetic field is no longer present. Instead, the object will simply revert to its original form when the power has worn off.

You can think of a temporary magnet as something that operates through battery power. When you charge an electronic object and it runs out of battery, you will no longer be able to use it.

In order to restore it back to working condition, you would need to charge the battery by plugging it in to a power source.

For the purpose of this example, the temporary magnet can be thought of as the battery powered object, which is essentially “recharged” by the stronger magnetic field.

Although the temporary magnet might be able to operate on its own for a while after leaving the presence of the larger magnet, the theoretical “battery” will eventually run out, leaving it virtually useless without a recharge.

With that being said, we will continue to go over more details about temporary magnets in this section. More specifically, you will learn how temporary magnets are created in the most general of circumstances. 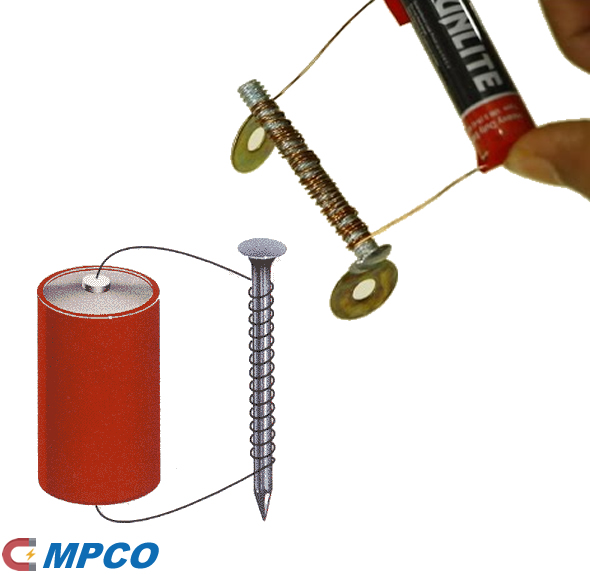 Take a look at the list down below to get a general idea of how a temporary magnet is created from a normal magnetic object.

Here is how you can create a temporary magnet with another object:

Assemble your materials
Move the object against the magnet in one direction several times (not back and forth)
Repeat this step for several minutes
Take the object away from the magnet
The first thing that must be done while trying to create a temporary magnet with another object is to assemble your materials. This will include a permanent magnet, like something you can find on your fridge, an object such as a paper clip, and some more metallic objects for testing after you have completed the steps.

Once you have established a good rhythm in the same direction, you will need to repeat this step for several minutes. In doing this, the paper clip will begin to intertwine with the magnetic field that is being given off by the much stronger permanent magnet, just like the process that was previously outlined.

When this is completed, you will be able to move the paperclip away from the magnet and test it on other magnetic objects. Following the process of turning this object into a temporary magnet, it will function just like the one that you took off of your refrigerator.

The only difference with this one will be that the magnetic force will wear off at one point or another. If you try this experiment at home, test your new temporary magnet for a while after you go through all of the steps. Does it work just like a regular magnet? How long does it last?

These are important questions to ask yourself when you are trying to gain an in-depth understanding of how temporary magnets are made as well as how they work. After all, there is no better way to learn about a temporary magnet than to see one with your own eyes.

As you can see, there are plenty of individual components and factors that go into the definition of a temporary magnet. From the traditional electromagnet to the paper clip that you have on your desk, these types of magnets are more present in our every day lives than we might realize.

The most important talking points that should be noted from this entire discussion are the characteristics of a temporary magnet, as well as its comparison with the alternative permanent magnet.

Temporary magnets are some of the most versatile objects, while also being limited by the stronger magnetic field that they depend on in order to carry out their magnetic functions. Without the presence and assistance of an external force, the temporary magnet is just another everyday object.