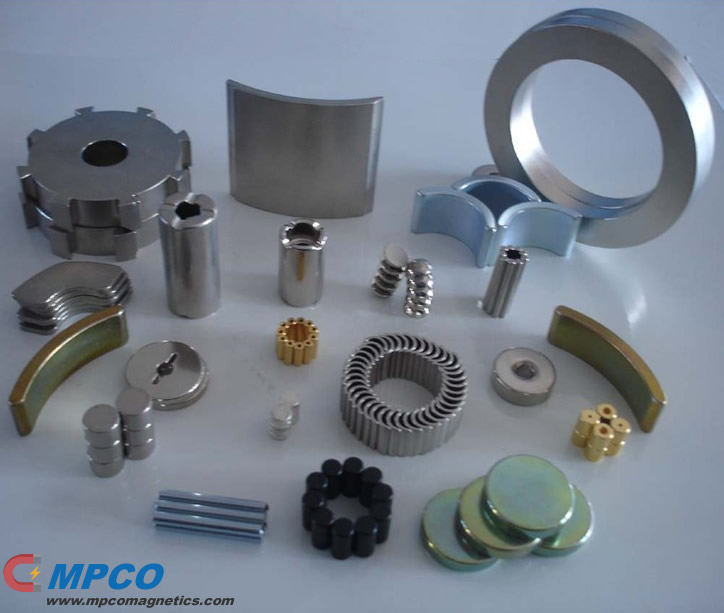 All magnets have two points where the magnetic force is greatest. These two points are known as the poles. For a rectangular or cylindrical bar magnet, these poles would be at opposite ends. One pole is called the north-seeking pole, or north pole, and the other pole is called the south-seeking, or south pole. This terminology reflects one of the earliest uses of magnetic materials such as lodestone. When suspended from a string, the north pole of these first crude compasses would always “seek” or point towards the north. This aided sailors in judging the direction to steer to reach distant lands and return home.

Naturally occurring magnetic lodestone was studied and used by the Greeks as early as 500 B.C. Other civilizations may have known of it earlier than that. The word magnet is derived from the Greek name magnetis lithos, the stone of Magnesia, referring to the region on the Aegean coast in present-day Turkey where these magnetic stones were found.

The first use of a lodestone as a compass is generally believed to have occurred in Europe in about A.D. 1100 to A.D. 1200. The term lodestone comes from the Anglo-Saxon meaning “leading stone,” or literally, “the stone that leads.” The Icelandic word is leider-stein, and was used in writings of that period in reference to the navigation of ships.

In 1600, English scientist William Gilbert confirmed earlier observations regarding magnetic poles and concluded that the Earth was a magnet. In 1820, the Dutch scientist Hans Christian Oersted discovered the relationship between electricity and magnetism, and French physicist Andre Ampere further expanded upon this discovery in 1821.

In the early 1900s, scientists began studying magnetic materials other than those based on iron and steel. By the 1930s, researchers had produced the first powerful Alnico alloy permanent magnets. Even more powerful ferrite / ceramic magnets using rare earth elements were successfully formulated in the 1970s with further advances in this area in the 1980s.

Today, magnetic materials can be made to meet many different performance requirements depending on the final application.