Philadelphia, March 16, 2020 – An e-cigarette carried in the left breast shirt pocket of a patient with an implantable cardioverter-defibrillator (ICD) caused magnetic reversion, interrupting the ICD’s ability to detect and treat dangerous heart rhythm problems, clinicians report in HeartRhythm Case Reports, published by Elsevier. The patient was not aware that the e-cigarette has an integrated magnetic component, and it had suspended detection of heart rhythm problems by the ICD four times before he reported it to his healthcare team. 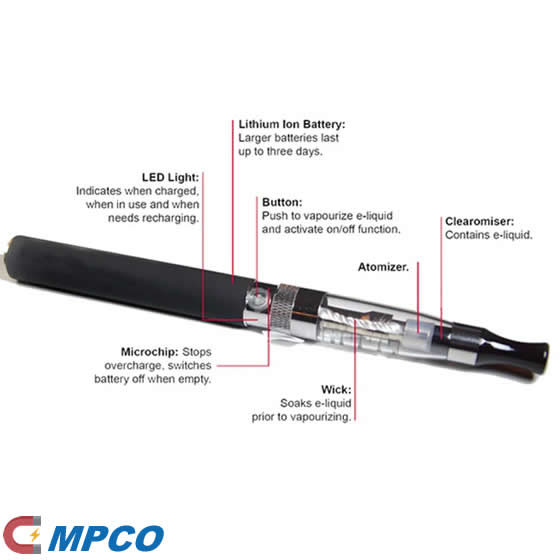 “To our knowledge this is the first reported case of magnetic reversion of an ICD by an e-cigarette,” stated senior investigator Usha B. Tedrow, MD, MPH, and lead authors Julie B. Shea, MS, RNCS, Martin Aguilar, MD, and William Sauer, MD, from the Cardiovascular Arrhythmia Service at Brigham and Women’s Hospital and Harvard Medical School, Boston, MA, USA. “Given the increasing use of e-cigarettes worldwide, recognition of this potentially serious interaction appears clinically important.”

A 48-year-old male with an ICD reported that he heard his device “beep” several times, both at home and at his office. There were no adverse symptoms associated with the beeping, and remote monitoring found the device was working normally. The patient denied any magnetic exposure, but data provided by the ICD manufacturer found four instances of magnet interactions with the device, corresponding with when the patient heard the tone.

Upon further questioning, the patient recalled using his e-cigarette (JUUL vape device), which he frequently stored in his left breast pocket, overlying the ICD. When the healthcare team held the device up to his ICD, it triggered the steady magnet tone. The patient was educated about the importance of keeping any type of magnet away from his ICD. JUUL’s website does recommend keeping e-cigarettes away from key cards, credit cards, and other items with magnetic strips, as well as pacemakers. e-cigarettes magnetic component

“Magnets are ubiquitous in commercially-available electronic devices. They can be integrated in ways that are difficult to recognize. Although manufacturers are not routinely required to specify the strength of the magnetic fields and safety information for interference with medical-grade devices, the general recommendation is that any portable electronic or magnetic device be kept at least six to 12 inches away from an implant,” noted Dr. Tedrow and Ms. Shea.e-cigarettes magnetic component

There are commercially available magnetic field meters, and even several smartphone applications, that can be used to estimate the strength of a magnet. Practically speaking, most cardiac implantable devices have a magnetic exposure upper limit of 10G, and manufacturers typically recommend a 2:1 safety margin for safe clinical operation. “As such, finding the distance at which the magnetic field is 5G or less would, in principle, provide adequate clearance for safe clinical operation of cardiac implantable devices,” Dr. Aguilar added.

“Practitioners should remain vigilant regarding the use of new technology by their ICD patients. In our case, there was no adverse effect from the interaction of the e-cigarette with the device, but if it had happened during a tachycardia episode, it could have had serious, perhaps even fatal consequences,” cautioned Dr. Tedrow and Ms. Shea.