In an era of heightened awareness of human environmental protection, all interests will give way.

With the rapid development of science and technology, the continuous increase in the demand for resources has led to the rapid development and utilization of natural resources. At the same time, it has also caused various degrees of damage to the environment. Rare earth resources are also being mined, too fast and free of standards for casual mining, and ultimately gave birth to the “Rare Earth Industrial Pollutants Emission Standards” proposal. 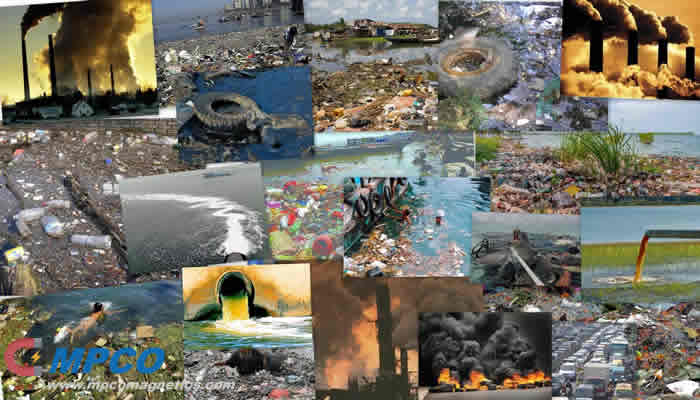 As we all know, with the development of the global electronics, laser, communications, superconducting and other industries, the demand for rare earth has grown at a geometric level. The demand for rare earth in the past ten years has increased from 40,000 tons per year to 120,000 tons, but the export prices of rare earths in China have not risen. The current average export price is only about 60% of that in 1990. This situation of low-cost exports is fundamentally caused by the long-term indiscriminate mining of rare earth industries in our country, the excessively rapid construction of new rare earth projects, and imperfect export management. In the face of the harsh environment that China’s rare earth resources face, strengthening the strategic protection of rare earth resources has been imperative.

The promulgation of the “Standard” reflects the tremendous determination of our country for environmental protection. There are more than 1,000 rare earth enterprises in China, distributed in more than 10 provinces and cities, of which 460 are in Inner Mongolia, but the annual processing capacity is 2000. There are only 10 tonnages up to 5,000 tons, of which only 3 are annual processing capacity greater than 5,000 tons. These enterprises are generally small-scale and have poor competitiveness. Under the standards of no-mining and emission of rare earths, many small and medium-sized enterprises have staged sings. In order to benefit, pollution has destroyed the environment.

Industry sources said that if this new standard is introduced and strictly enforced, it will accelerate the pace of mergers and reorganization of enterprises, ease the current excess capacity of the rare earth industry, disorderly situation, it is estimated that the rare earth industry’s production capacity will be substantially reduced. A rough estimate of 1/3 of companies will be forced to “out” due to substandard conditions. In this way, the closure of small and medium-sized enterprises will greatly reduce the damage to the environment caused by mining and reduce the emission of harmful substances. This has played a role in environmental protection. Great benefit. Second, unqualified enterprises are closed down, which allows enterprises to merge and reorganize, suppress excess production capacity, and have rules and regulations for exploitation and utilization of resources. The situation of selling rare earth metals is expected to be completely changed. Rare Earth Industrial Pollutants Emission Standard Proposal

The data shows that the existing domestic rare earth smelting and separating capacity has exceeded the market demand by nearly twice. There is no doubt that the introduction of the “standard” means that the previous pattern of rare earth industries will be greatly changed. Compared with rumors such as the national collection and storage plan and joint pricing, the use of environmental restrictions should be a very good means of changing the chaos in the rare earth industry. On the one hand, it avoids the ‘unfairness’ brought about by administrative intervention on the industry. On the other hand, it can Avoiding the use of foreign countries to violate WTO rules and trade protection and other reasons to put pressure on the domestic. Rare Earth Industrial Pollutants Emission Standard Proposal

The introduction of the “Standard” not only protects the environment itself, but also protects China’s strategic resources. This has led to an uplifting and orderly development and utilization of China’s rare earths in the international community. This has given the country a grasp of the weight of rare earths in international pricing. Rare Earth Industrial Pollutants Emission Standard Proposal