The development of mineral reserves in Longonjo, Huambo Province, may begin in early 2022. The province has 23 billion tons of raw ore and is called “rare land.”

The project is a partnership between the Angolan company Ferrangol-EP and Pensana, Australia. The project will create 450 direct jobs, 50% of which will be young people in the city (located 64 kilometers west of Huambo City). In this regard, Geraldine Chimbali, a geologist at Dashan Township Minerals (a company created by the partnership), stated that the equipment should have arrived in the country and will be installed soon, and the deadlock is due to the Covid-19 pandemic. To. . He said that these are rare metal ores of neodymium and praseodymium, as well as other special metals, used as raw materials for the manufacture of super-strong and light permanent magnets, which are ultimately used in electric vehicles, wind turbines, and modern electronic products (such as mobile phones). ,technology. Geraldine Chimbali pointed out that Longonjo City may become Africa’s first large-scale rare “NdPr” mine, thus providing an opportunity for economic diversification through mineral industrialization. 2. The Longgunjo City project opened up the future of clean energy. As the world prepares for the adoption of green energy alternatives and the electrification of transportation, the demand for rare earth metals is growing rapidly.

Neodymium praseodymium is recognized by people for its unique physical properties and advantages. They are promoting this change and becoming a key metal required for the manufacture of high-strength permanent magnet motors and generators. These magnet motors are used to power turbines for electric vehicles and offshore wind energy, and will be the core of our clean energy future. The Pensana Rare Earth Company, listed on the Australian Stock Exchange, has many unique advantages in its Longon Huo Pr neodymium project in Angola, which will enable the company to accelerate the development of the project and start production for the first time in early 2022.The existing modern regional infrastructure has unique advantages for the development of Longonjo, including the US$2 billion Benguela railway line built with China (only 4 kilometers away from the site) directly to the Atlantic Port of Lobito. 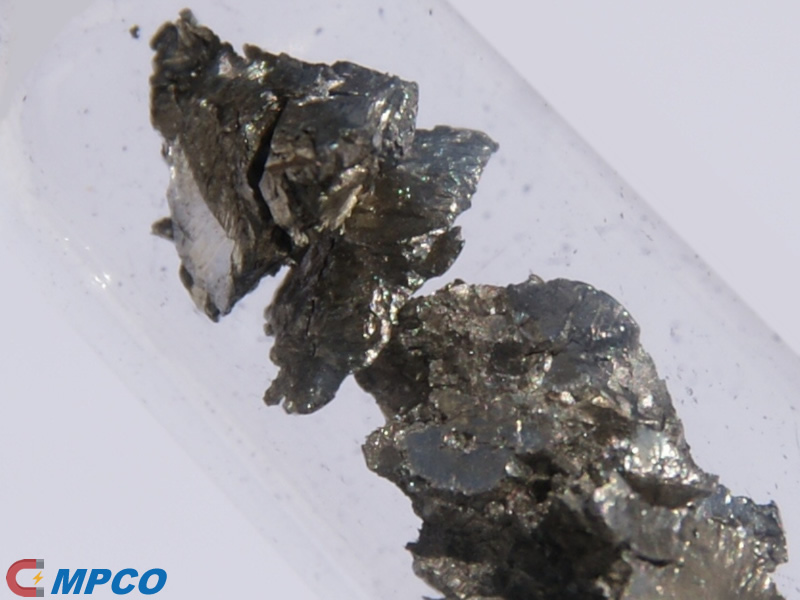 This is a supplement to the project’s favorable high-grade and near-surface carbonate-coated praseodymium and neodymium deposits. The thick layer of high-grade mineralization is weathered in the first 30 meters below the surface and extends more than 1.5 km along the strike, so that the mineralization can be effectively exploited freely, and the waste ore stripping rate is low, which is suitable for low-cost mining methods.These characteristics distinguish Longonjo from other rare earth projects, and Pensana will use them to quickly develop relatively low capital intensity, low technical risk, traditional open-pit mines, and simple on-site crushing and flotation. The beneficiation plant (and potentially the neodymium praseodymium carbonate concentrator), Arthurly said, produces high-end products for export.

The results of the preliminary feasibility study released by the engineering company Wood Group in November 2019 found that Longonghuo has an average annual output of 56,000 tons of concentrate during the nine-year life of the mine, with an initial capital cost of US$131 million. On the basis of the two-stage development of the 2 medium-ton mining operation, Longongho will process 1.5 medium-ton high-grade resources in the first three years and produce 60,000 tons of concentrate, including 4,600 tons of neodymium praseodymium and 20,700 tons. Rare earth oxides. Starting from the fourth year of production, the front end of the plant will be expanded (cash flow funded cost of $12.5 million) to process 2 medium tons to maintain concentrate and neodymium praseodymium production. The feasibility study estimates that the total revenue of the project will exceed 1.9 billion US dollars, the annual income is approximately 220 million US dollars, the internal rate of return before taxes and royalties is estimated to be 101%, and the investment payback period is 13 months.

Arthurley said that these results paved the way for speeding up the development of the project. The project still needs a final feasibility study (DFS), and the results are expected to be released in the third quarter of 2020.Pensana will announce the main source of funding for the project.The current focus is still on upgrading Longonhuo to DFS status, obtaining a full license, reaching financial terms with the Angolan government and reaching an offtake agreement, which together will finalize debt financing. To support DFS, a 7,000 m infill and extension drilling program was also carried out. Arthurley explained that the plan aims to extend the current nine-year mine life by converting more inferred mineral resources into measured and indicated ore reserves, and then into proven and probable ore reserves. The program will also test advanced targets in fresh material located directly below the shallow weathered area, which is beyond the scope of the current mine plan. These targets may provide other sources of advanced Pr and Nd materials. The latest mineral resource estimate for Longgunjo will include new drilling, which is expected to be completed in May 2020. Ongoing downstream processing evaluation As part of DFS, Pensana is committed to studying the downstream processing of the high-grade magnetite metal concentrate it plans to produce in Longonjo. It can be seen that this project is one of the first major rare earth carbonate suppliers to be developed in the first ten years.

The PFS strategy is to process and transport high-quality concentrates on site for export, but this new study will investigate the feasibility of downstream processing of 50,000 tons/year concentrates into high-grade neodymium praseodymium carbonate for export, Arthurley said. “This will enable the company to gain a substantial increase in the value of its products in Angola.” “The decision to evaluate downstream processing came from preliminary discussions with potential customers and major trading companies. This shows that customers in China, Japan, South Korea, Germany, and the United Kingdom will Are interested in importing high-grade praseodymium and neodymium carbonate from us instead of concentrate.” Arthurly said.

Although this new research will review this economics, preliminary research indicates that this is expected to require an increase in the capital cost of the project from US$131 million to about US$200 million.”This project also allows us to invest further in Angola, because Angola has been relatively backward for a long time,” said Asseli. He added that the Angolan government and its various ministries have always provided strong support for the development of Longonjo and are eager to diversify the country’s economic base, which has so far mainly relied on oil and diamonds. He added: “The government’s mining regulations and fiscal system, tariff exemptions, the relaxation of foreign exchange controls, and continued support will help get the project started.”

In addition to the support of the Angolan government, the Sovereign Wealth Fund of Angola-Angola Soberano Foundation (FSDEA)-has shown its support for the project by subscribing approximately 7.6 million shares of Pensana at a price of A$0.27 per share. This means that the investment in the project exceeds 2 million Australian dollars, which means that FSDEA will become the company’s strategic cornerstone investor, holding 4.8%.

How To Control The Quality Of NdFeB Magnets