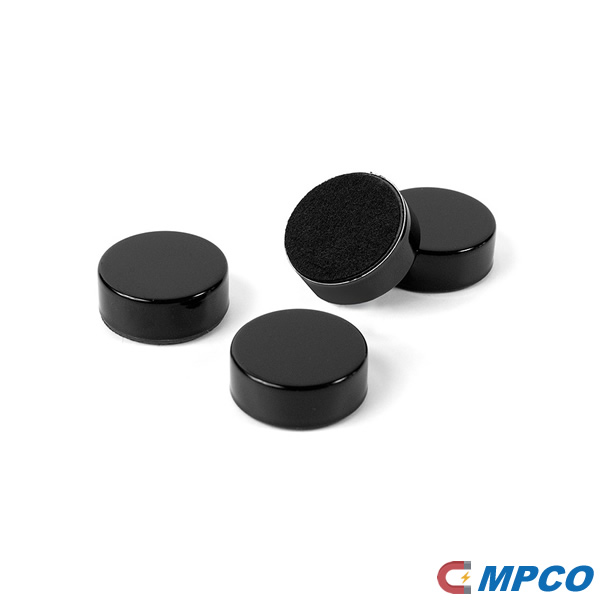 After 30 years of development, China ndfeb magnet industry has formed a complete industrial system. In 2000, China surpassed Japan to become the world’s largest producer of ndfeb magnets. From 2000 to 2015, the annual compound growth rate of ndfeb production in China reached about 25%. China has produced more than 90% of the world’s ndfeb production in the past four years. 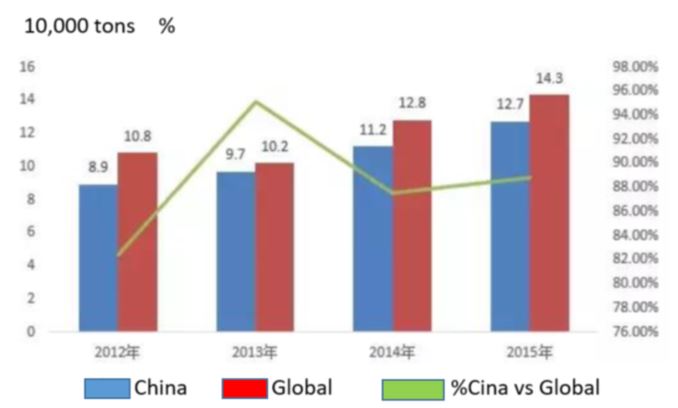 According to statistics data, China’s raw ndfeb production capacity exceeds 600,000 tons per year. In 2014 and 2015, China produced only 112,000 and 127,000 tons of ndfeb. Low-end ndfeb industry utilization rate is less than 30%. As low-end ndfeb industry barriers are low, product differentiation is small, resulting in poor bargaining power of manufacturers, the overall profitability of the industry is low. Many small and medium-sized manufacturers were very struggling of sale their low-end ndfeb magnets. 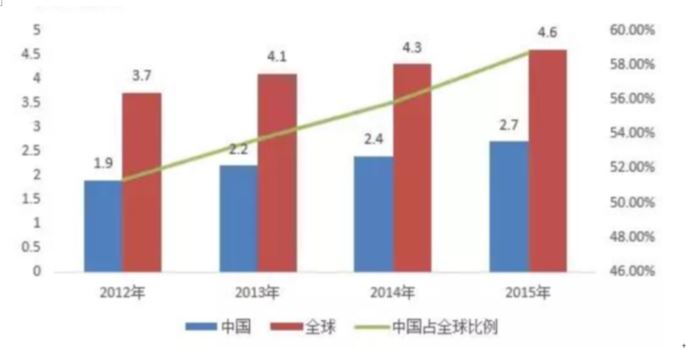 VCM – Voice coil motor, VCM is a special type of direct drive motor, which can directly convert electrical energy into linear motion mechanical energy. The principle is to put a cylindrical winding in the uniform air gap magnetic field, the winding generates electromagnetic force to drive the load to make linear reciprocating motion, change the strength and polarity of the current, can change the magnitude and direction of the electromagnetic force.

It is expected that in the next few years, mechanical disk shipments overall show a trend of continuous decline. We forecast HDD shipments and demand for high performance ndfeb.

The key assumptions are: 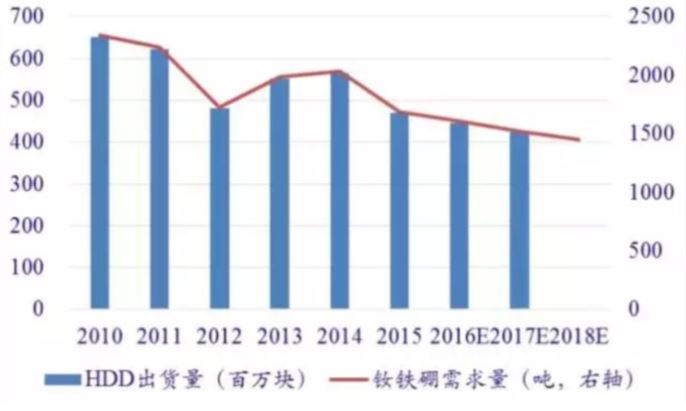 VCM is a high-end ndfeb application field, the technical threshold is monopoly by developed countries for a long time. Japan’s biggest user of VCM, which accounts for about 50% of total VCM production.

The advantages of SSD are fast access speed, shockproof, no noise and so on, and the capacity is increasing, the cost is decreasing, which poses a serious threat to the mechanical hard disk market. The market for high-performance ndfeb magnet is shrinking because there are no moving parts inside the SSD, no mechanical motors or fans, and therefore no NdFeB magnets.

Expected in the next few years, mechanical disk output overall show a trend of continuous decline.

High-performance ndfeb is an indispensable high-end accessory in smart phones. The electro-acoustic part of a smart phone (micro microphone, micro speaker/receiver, bluetooth headset, hi-fi stereo headset), vibration motor, camera focus and even future sensor applications, wireless charging and other functions require the application of ndfeb magnetic characteristics. The wave of smart phones replacing functions is coming to an end. Driven by the rapid popularization of smart phones, the continuous replacement tide has maintained a high growth rate of global mobile phone output in recent years. In 2013, smartphone shipments exceeded those of feature phones for the first time.

Global smartphone shipments are expected to remain stable over the next few years.

The electronic product is the high performance ndfeb magnets traditional application domain. In recent years due to the mechanical hard disk market space is threatened and the wave of intelligent mobile phones gradually over, which leads to the field of high-performance ndfeb demand gradually shrink.

Wind power generation is a kind of power generation method that converts wind energy into electric energy by wind turbine. As a clean and low-carbon renewable energy, wind power has been developed positively in more than 100 countries in the world. It is expected that wind power will continue to develop rapidly in the next 10 years. By the end of 2015, the world’s installed wind power capacity reached 432,419 megawatts, up 16.7 percent year-on-year. In 2015, the world installed wind power capacity was about 63,467 mw, an increase of about 22.6% year on year.

The application of high-performance ndfeb in traditional automobile mainly focuses on EPS and micro motor.

The global auto industry sold 90.68 million vehicles in 2015, up 3.63 percent year-on-year. While car sales continued to rise after the financial crisis, growth has been slowing since 2012.

EPS requires high performance permanent magnet motor. Therefore, the permanent magnetic materials in EPS are mainly high-performance ndfeb magnets, mainly sintered ndfeb. In the EPS system, the hot – pressed ndfeb is expected to replace the sintered ndfeb. This is because of the high energy of hot pressed ndfeb, the hot pressed NdFeB can only be made into a ring and high yield. Currently, the cost of hot-pressed ndfeb is 20% higher than that of sintered ndfeb. In the future, with the further maturity of technology, the cost will be further reduced, and it is expected to have a good cost performance. Application of NdFeB Magnets

Since 2010, the EPS penetration rate has gradually increased

The penetration rate of EPS devices in the eu rose from 70% in 2010 to 81% in 2015, according to Strategic Analytics. China started late, rising from less than 10 per cent in 2010 to about 38 per cent today. With the continuous rapid growth of the automobile market, as well as the constant improvement of EPS penetration rate, there is a broad space in the permanent magnet market for EPS. From 2015, China will surpass Europe, America and Japan to become the largest EPS market in the world. Application of NdFeB Magnets

Micromotors are widely used in automobiles. In the car in addition to the starter engine to start the engine, the rest of the motor distributed in various parts of the car are micro motors. In the past, automobile micromotor was only used as the power source of wiper, windshield scrubber, electric oil pump, automatic antenna and other parts. Micro – motor has become an indispensable part of modern cars. Sunroof motor, adjust seat, seat belt motor, electric motor, starting motor of antenna, baffle cleaning machine, cooling fan motor, dome light, air conditioner motor, steering linkage with fog lamps, electric water pump, electric pump, electronic air conditioning unit, speakers, sensors (position, velocity, pressure, etc.) and other auto parts, all need to micromotor. According to the estimation of the automobile industry, each luxury car should be equipped with about 100 micro motors, A grdde cars should be equipped with at least 60 micro motors, and economy cars should be equipped with at least 20 micro motors. Application of NdFeB Magnets

At present, ferrite magnet is the main magnetic material in the field of automobile micro motor. Bonded ndfeb micro motor is 8-50% more efficient than ferrite micro motor, with power consumption reduced by more than 10% and weight reduced by more than 50%. “Efficient miniaturization and lightweight” has become an inevitable option for auto companies to cope with the trend of energy saving and emission reduction. Therefore, there is a huge space for the replacement of ndfeb magnet with ferrite magnet in the field of micro motor in the future. Application of NdFeB Magnets