As an important non-renewable strategic resource, rare earths have always been known as “industrial gold” and “industrial vitamins”, and are widely used in many industries. In view of its importance, many countries around the world hope to achieve “rare earth independence”, and the United Kingdom is one of them.Chinanews.com quoted British media sources on April 7 as saying that the British government has recently decided to join the race for rare earth elements due to related reports indicating a high degree of foreign reliance on rare earth elements.

According to news reports, in view of the fact that the United Kingdom is committed to becoming a world leader in battery technology, the country will increase its exploration in the domestic refining and processing of key rare earth elements; at the same time, the government is already competing for competition by broadening the diversification of supply channels. Rare earth elements, such as funding a deep-sea mining project in the Pacific by the British subsidiary of Lockheed Martin, the British Seabed Resources Corporation.According to Chris Williams, managing director of the British Seabed Resources Corporation, the project will look for nodules the size of a tennis ball and rich in minerals. These nodules can provide millions of tons of copper, nickel, cobalt, manganese and rare earth ore. It is expected to produce 3 million tons of nodule ore annually by 2030, and the rare earth elements contained in the minerals are sufficient to meet the domestic demand of the United Kingdom. It is worth mentioning that in addition to the United Kingdom, Japan, South Korea, Belgium, Germany and France have all launched similar projects in the Pacific region. 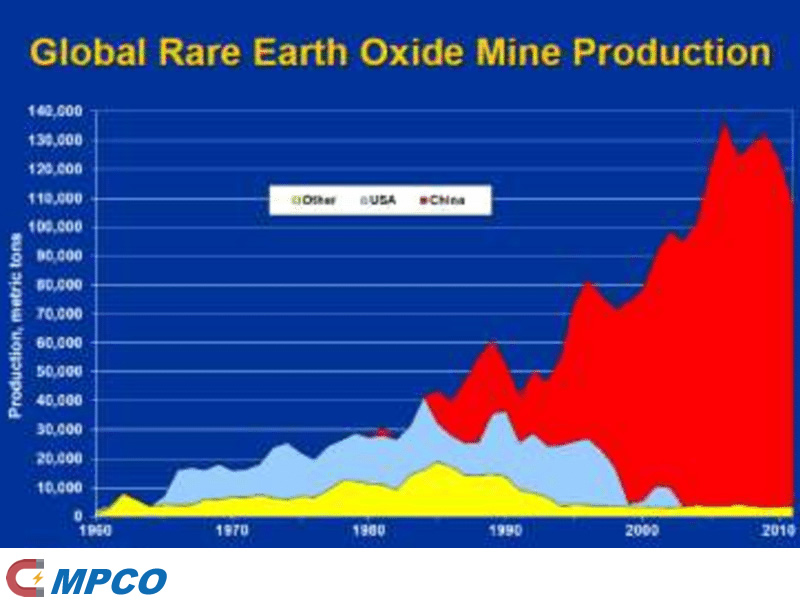 In addition to mining in the Pacific, the United States, Australia, India, and Japan also intend to build a new rare earth procurement chain by providing loans to related companies. For example, the United States has signed an agreement with Australian rare earth supplier Lynas, the former will provide the latter with up to 30 million U.S. dollars (approximately RMB 200 million) in funding for the construction of a light rare earth separation plant in the United States.It can be said that in order to achieve the independence of rare earths, these countries have “done every effort”, but it is a pity that at this stage it is almost impossible to re-establish a complete rare earth supply chain outside of China, and it lacks corresponding competitiveness.

It is worth mentioning that for environmental protection and other considerations, my country has strengthened its control over the rare earth industry in recent years, such as controlling the output of rare earths. The analysis pointed out that my country’s rare earth industry level will “take a higher level” with the improvement of environmental protection and processing technology requirements.