Programmable Magnets, Programmed magnets, or polymagnets are magnetic structures that incorporate correlated patterns of magnets with alternating polarity, designed to achieve a desired behavior and deliver stronger local force. By varying the magnetic fields and strengths, different mechanical behaviors can be controlled. 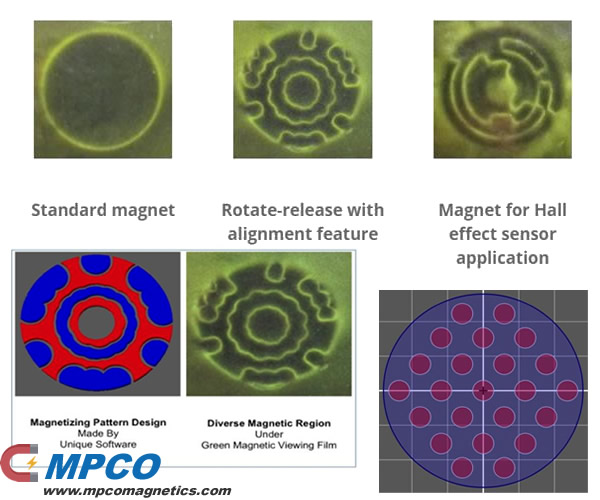 Programmed magnets can be programmed, or coded, by varying the polarity and/or field strengths of each source of the arrays of magnetic sources that make up each structure. The resulting magnetic structures can be one-dimensional, two-dimensional, three-dimensional, and even four-dimensional if produced using an electromagnetic array.

The science of correlated magnetics was created in 2008 by Larry W. Fullerton in his laboratory at Cedar Ridge in North Alabama. Correlated Magnetics Research (CMR) was formed to pursue research and development of the Coded Magnets technology and to license the technology to business entities across industry. More than 65 patents have been filed for the technology in the U.S. and around the world. CMR uses the term “polymagnets” for this technology. The coding theory used to design radio frequency signals in communication and radar is applied to form the magnetic regions of correlated magnets. The discovery was announced during a press conference in October, 2009, in Huntsville, Alabama. The world first’s 3D magnetizing printer is developed by CMR, which is called MagPrinter. This printer consists of a magnetizing coil in a cabinet with a motion-control system. A polymagnet can be easily made from reprogramming a conventional magnetic material in a few minutes.

What is Programmable Magnetizing?

Programmable magnetizing is software-controlled magnetizing technology which ensures precision control over the magnetic pattern, then provide desirable attractive force under a given gap and limit the flux leakage in the meanwhile.
The “printing head” of creative Magnetic Printer is a pair of small magnetizer and thus magnetize magnet point by point which similar to the process of printing a photograph by needle printer. The minimum magnetized area is around 1mm and printing process is totally controlled by computer programming. Programmable magnetizing is ideally suiting for the new product with the complicated magnetizing patterns due to its excellent flexibility. 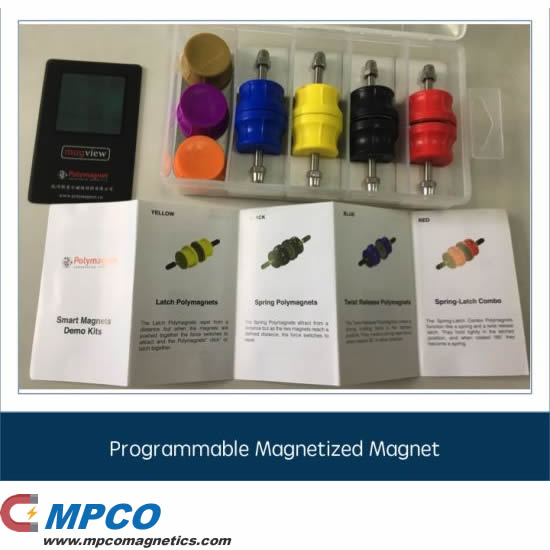 Latch Type Programmable Magnetized Demo Kit
Two plastic integrated magnets are repelling each other under the certain distance, but repulse force will switch to the attractive force when two magnets are close enough to each other and then latch together.

Spring Type Programmable Magnetized Demo Kit
Two magnets are attracting each other from a specific distance, and attractive force will switch to repulse force as two magnets reach a defined air gap.

Twist Release Type Programmable Magnetized Demo Kit
The attractive force between two magnets is very strong in the latched position, and attractive force will switch to repulse force when rotated 90 degrees in either direction. Actually, the similar application is also can be found in the magnetic perfume cap.

What Types of Welding Magnets Do You Need?

How Much Temperatures Can be Rare Earth Magnet Heat?

How to Make Magnets Stronger