Some time ago, during a routine inspection of the F-35 fighter jets, the US military “suddenly” discovered that there were actually Chinese-made magnets on the turbine engines of these fighter jets!

This is incredible. The U.S. military has regulations prohibiting the procurement and use of certain specialty metals or alloys produced in China. This accidental discovery made the US military very nervous, and immediately announced the suspension of receiving new F-35 fighter jets! reason? Based on “safety” considerations.

But what is surprising is that on October 8, the US Department of Defense announced that it had signed a national security waiver certificate and resumed F-35 deliveries.

In just one month, the attitude was completely opposite. 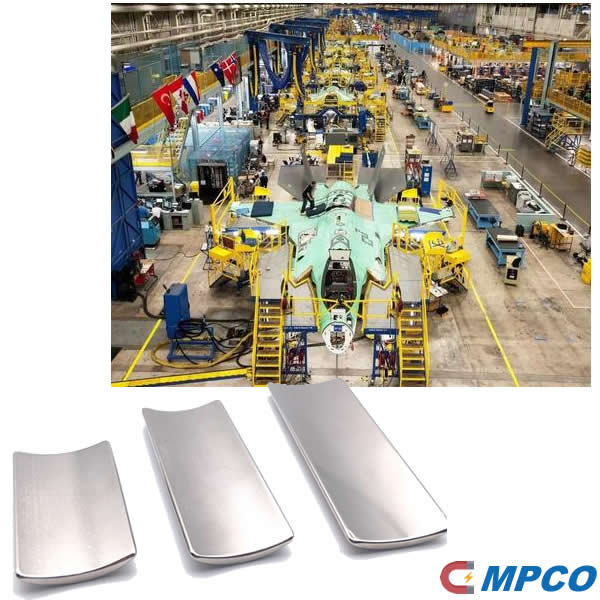 Why is the US Military Hypersensitive to a Chinese Magnet

When the order was initially halted, the U.S. Department of Defense admitted that the magnets would not transmit information, “won’t put the fighter jets at risk,” and the delivered fighter jets did not need to be replaced with magnets.

But some people in the United States cannot turn this corner. Especially the US Department of Defense, people really do not understand. While saying that the magnet is “safe and unobstructed”, the order is stopped “based on safety considerations”. Isn’t this “fighting each other”!

For safety reasons, buyers will strictly inspect the products. For the current highly sensitive Sino-US trade, how could American merchants fail to properly inspect the goods? Since we dare to purchase magnets made in China, it means that there is no quality trap in the product.

So, what are the “security concerns” in the US?

The United States said that the magnets made in China are used in the key components of fighter jets. Uncle Dao does not know what the components are, and he does not dare to ask, otherwise, the United States will get a hat on it. However, Uncle Dao deduces that the magnets sold in China are used in mechanical and electrical products, not in circuit equipment.

At present, the engine has sensors to sense temperature and pressure, which are then processed by computer chips. These require manufacturers to write control programs and set special codes. Although the F-35 fighter is highly informatized and equipped with a large number of sensors, it can form a tactical data network and engage in cloud strikes through the tactical data link system, but as an information node on the battlefield, the information sent by the F-35 to the outside world is completely Aircraft data control system decides. If the mechanical and electrical products on the plane were allowed to send and receive casually, the piles of information debris would drive the pilots and ground commanders crazy.

Taking a step back, even if the magnet can collect information, it has to go through the circuit of the F-35 itself; the circuit is controlled by the central control computer. Unless it is completely “hacked” into the computer, the information of the magnet cannot be transmitted. The question is, if there is a technology to “black” through the F-35 central control computer, who would secretly plug a magnet to collect information?

The allegation that the Chinese magnets on the F-35 “threaten national security” is neither factual nor logical.

What is the U.S. military trying to do with all this hard work?

The answer is to compete with China and decoupling.

In March, the Pentagon submitted a classified national defense strategy to Congress that described China as the United States’ “most important strategic competitor.” In September, US media revealed that the Pentagon set up a “Tiger Team” task force to speed up foreign arms sales to “counter China’s influence in the field of arms sales.” In addition, the Pentagon has been working with Congress to push for the decoupling of U.S. defense company supply chains from China.

The “Wall Street Journal” reported that the F-35 incident was “a setback” for the Pentagon; the Pentagon “couldn’t sleep at night” thinking that 80% of the rare earths in the United States are imported from China. In recent years, many American politicians have advocated getting rid of rare earth dependence on China, and the White House has also introduced measures, claiming to build a rare earth supply chain, but even so, according to Bloomberg, the United States still needs at least 10 years to achieve self-sufficiency in the rare earth supply chain. .

From this perspective, it is probably understandable why a magnet can make the US military feel on pins and needles. Uncle Dao feels that this is no longer “China anxiety disorder”, but “China fear hysteria”. It is natural for everyone to open their doors and do business. It is natural for you to have me and me to have you. Especially the US military industry chain is complicated. It is difficult to eliminate which one is really necessary. What’s more, the US is faced with a large scale and a complete variety of products. China’s manufacturing industry chain.

According to data from the Wall Street Journal, from 2012 to 2019, the number of Chinese companies among the Pentagon’s suppliers increased to 655; US Department of Defense officials said that the epidemic has exposed the fragility of the supply chain in the high-end weapons field. For the most part, China remains a source of some important materials and components, including computer chips, rare earth minerals used to make magnets, and chemicals used in explosives.

US Deputy Defense Secretary Laplante recently announced that the Pentagon has launched a new project called “Supply Chain Lights”. It is envisaged that the United States will use artificial intelligence and other means to track the source of raw materials in real time, and determine whether the components of military products come from China or other “potential opponents”. This “suspected neighbor stealing axe” action attracted a complaint from the American defense contractor: the traceability operation will definitely consume more time and capital costs, “we have reservations.”

In fact, the U.S. knows best whether Chinese-made components are safe or not.

In 2014, two F-35 subcontractors, Northrop Grumman and Honeywell International, were found to be using Chinese-made magnets. Subsequent documents showed that both companies were exempted; in 2019, British media said that the F-35 circuit board was manufactured by Exception PCB, headquartered in England. Worry, “no risk”.

Doing business is about business, cooperation and win-win. To engage in delusions of persecution on a small piece of magnets is really no way out.