During the mounting process of MW-grade Motor/Generator’s magnetic rotor, the NdFeB magnets can be easily damaged during assembly. In this circumstance, the magnet fragment and dust are easily stick and attached to the contact surface between magnet and yoke, which would increase the gap distance and even more, lead to sweeping problem.Hereby, we suggest, in original design, to add a segment called ‘Poleshoe’, using the same or the similar magnetic material with the yoke. First, the magnets and the poleshoe will be assembled together as one segment before magnetization. And then by mechanical ways the magnet-poleshoe will be mounted to the yoke. 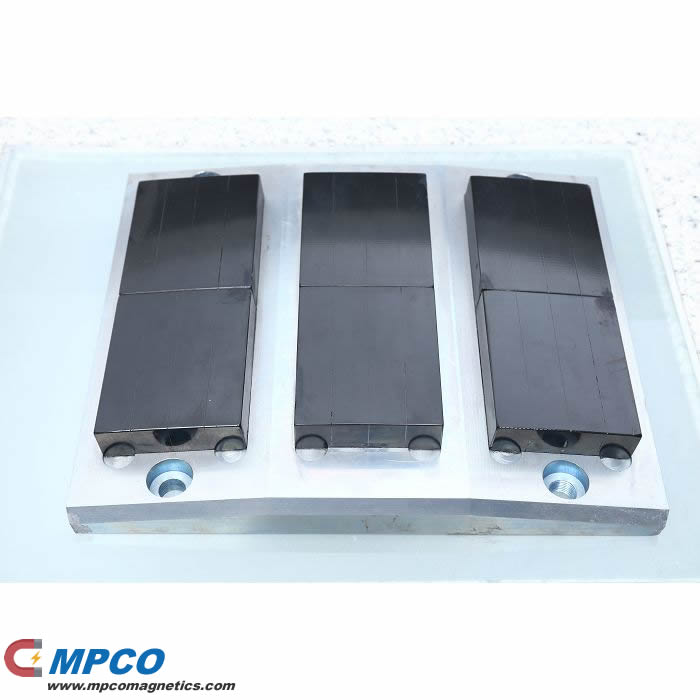 A wind turbine, or alternatively referred to as a wind energy converter, is a device that converts the wind’s kinetic energy into electrical energy. Wind turbines are manufactured in a wide range of vertical and horizontal axis. The smallest turbines are used for applications such as battery charging for auxiliary power for boats or caravans or to power traffic warning signs. Larger turbines can be used for making contributions to a domestic power supply while selling unused power back to the utility supplier via the electrical grid. Arrays of large turbines, known as wind farms, are becoming an increasingly important source of intermittent renewable energy and are used by many countries as part of a strategy to reduce their reliance on fossil fuels. One assessment claimed that, as of 2009, wind had the “lowest relative greenhouse gas emissions, the least water consumption demands and… the most favourable social impacts” compared to photovoltaic, hydro, geothermal, coal and gas. 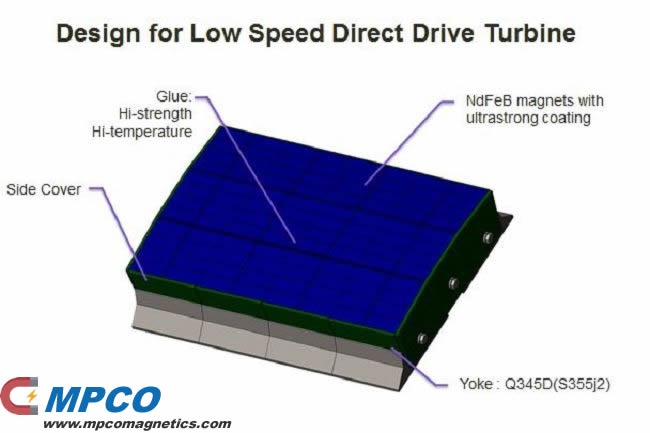 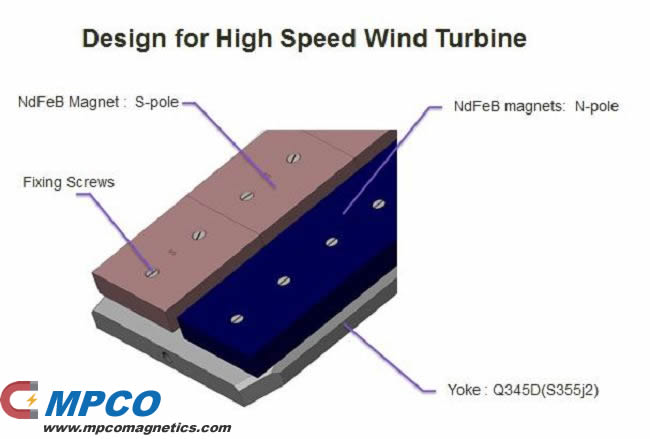 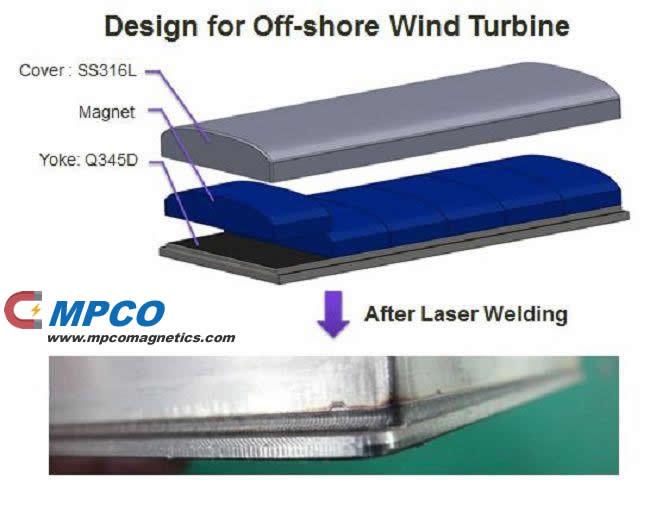 Product ID: Wind Turbine Module
Material: NdFeB, SmCo, AlNiCo
Shape: Custom
Dimension: Custom
Grade: Custom
Neodymium magnets are widely used in the system of wind turbines, MW-grade Motor or Generator’s magnetic rotor, but they are easily damaged which will stick to the surface between magnet and yoke, and increase the gap distance. Thus, a pole shoe made of the same or similar magnetic material is needed with the yoke.

MPCO Magnets can help you to design and provide this kind of magnetic modules for wind powder. In every wind turbine and generator, you will find one or more incredibly strong magnets.